What is a custom ROM 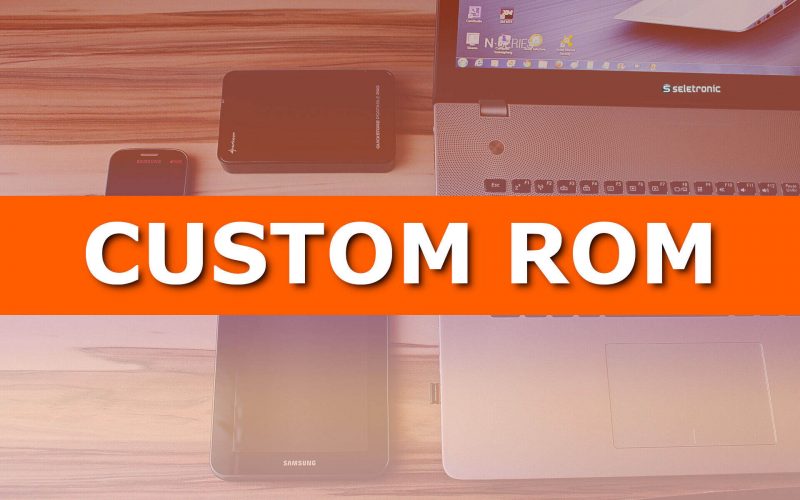 Custom ROM is a system that has undergone modifications of any kind and that no longer has the same factory standard. We call an unmodified system Stock ROM , and a system/firmware that has changed, be it aesthetic or functional we call custom ROM.

Any system of any device can receive a system change and stop being Stock, be it a video game, a computer, a printer, a router and mainly a cell phone.

What is the purpose of system customization

The modified systems that we call the custom ROM aim to bring new functions to the system or device, new personalized themes and, mainly, in the case of tablets, unofficial updates that make the device compatible with recent features after manufacturers stop supporting product updates .

A good example would be a Samsung phone that works well due to its hardware, but that has a very old Android system that is not compatible with the installation of newer games and applications, or that is not perfectly optimized for the user. But someone decides to intervene and create an unofficial Android system update for that same device, so that it becomes compatible with new games and applications, or has more functionality.

Another very common case of system customization is when a company, such as an operator, adds multiple applications to the system to impose its brand. Where these applications take up only unnecessary space, limiting the user to store more of their interest. Then, someone creates a clean version of that same system by removing unnecessary features that cannot be uninstalled by the user. Note that this is also seen in many other systems, not just furniture. A very common case is that of the Microsoft Windows operating system, where there are several versions in which uninteresting features are removed for certain uses, these versions being commonly called Widows Light, as they take up less disk space.

Another case that benefits those who like digital games, are the systems optimized to improve the performance of the device in games, and in other applications that need more powerful hardware. In those systems precisely modified to bring greater performance, games and applications that previously did not work in the system implemented at the factory, can now be enjoyed in the best way that the Hardware imposes.

So today we see many custom ROMs of the Android system for cell phones that aim to improve the performance of the device in games and applications, since the obsolescence of the operating system is one of the factors that most harm devices with good hardware.

Important note: It is important to consider that using a device beyond the limits imposed by the manufacturer can shorten the life of the device, as this requires more than the hardware can support. In addition, portable device ROMs made for the best performance generally speed up battery discharge.